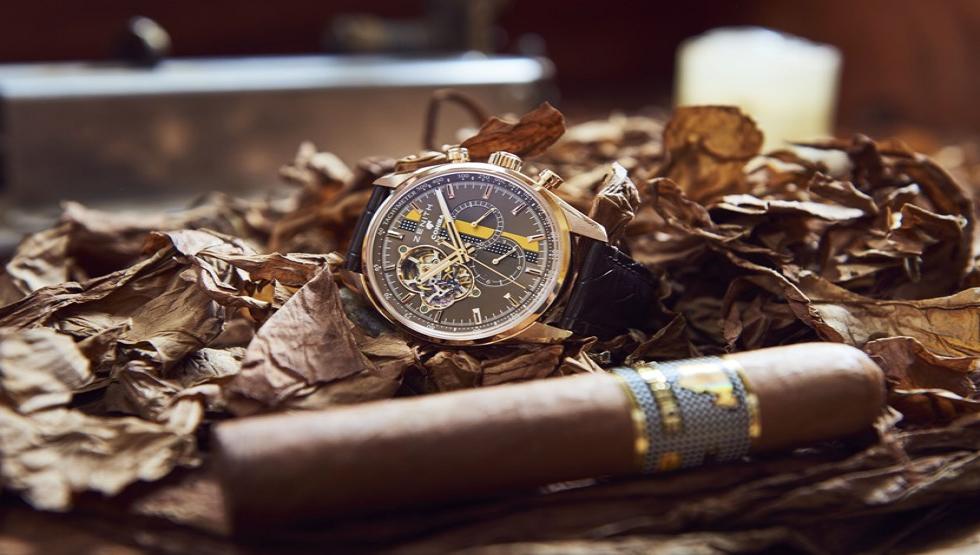 ZENITH CELEBRATES THE 50th ANNIVERSARY OF A CUBAN LEGEND: COHIBA

Both legendary in their own right, Zenith and Cohiba share the same philosophy of excellence, sophistication and exclusivity. The former is a Swiss watchmaking Manufacture building on 150 years of innovation and expertise, while the latter is the celebrated name of the most sought-after cigars in the world. Created in 1966, today the Cohiba brand is celebrating half a century of
existence. At its side on the occasion of this anniversary, Zenith is presenting a limited series of its legendary El Primero chronograph, with 50 watches in rose gold and 500 in stainless steel, all featuring a Havana brown dial and emblematic Cohiba motifs. A combination of elegance and technicality, the El Primero Chronomaster Cohiba Edition exudes a full-bodied fragrance tinged with daring and pleasure.

By proceeding beyond this page, you consent to the installation of cookies in order to provide interest based services and provide statistics. You can manage your cookie choices and preferences by clicking here.Close