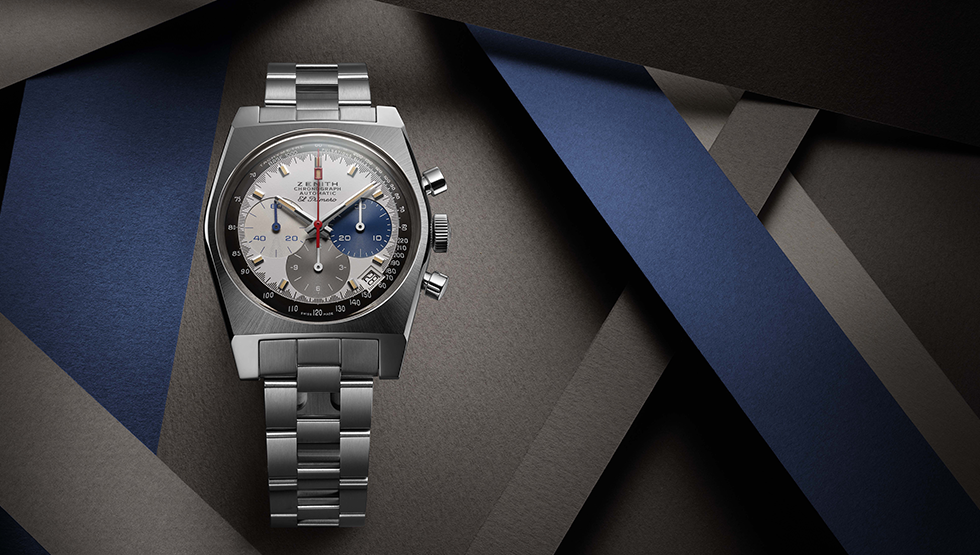 When the El Primero calibre made its groundbreaking debut in 1969, Zenith chose to house it in two broad but distinct watch categories. On one hand, there were sportier models in tonneau-shaped steel cases, such as the A384, and on the other, more classical round cases in steel or gold, most notably the A386.

Released in 1971, the A3817 was the exception to the rule. It combined the sportier steel tonneau-shaped case of the earliest steel El Primero references with the striking tri-colour dial of the A386, resulting in a unique and appealing aesthetic that continues to resonate with vintage chronograph enthusiasts. Given that only 1000 of the A3817 were ever produced, it remains one of the most distinguished, elusive and sought-after references among the early El Primero watches.

The Chronomaster Revival A3817 is crafted in the same angled tonneau-shaped case with pump-style pushers as the original, using historical blueprints and reverse-engineering to preserve the original proportions and finishes. Zenith waited two years after the launch of the El Primero in 1969 before introducing the iconic tri-colour dial to its sportier tonneau case, albeit with a slightly different execution in both function and aesthetic when compared to the A386. Like its progenitor of 1971, the Chronomaster Revival A3817 features a white lacquered dial with chronograph counters done in the instantly recognizable tones of grey and blue, with the running seconds counter at 9 o’clock done with blue markers, indicated by the single blue hand on the dial. The outer tachymeter scale also serves as a pulsometer, an especially handy and precise function provided by the high-frequency 5Hz (36’000 VpH) escapement of the El Primero movement. The seconds track is done in a pyramid pattern affectionately nicknamed the “shark tooth” scale, which enhances legibility with a distinctly retro touch. 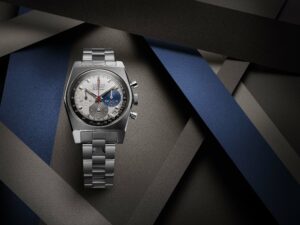 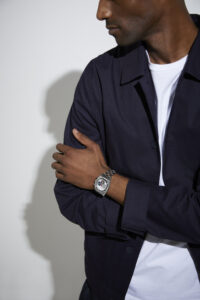 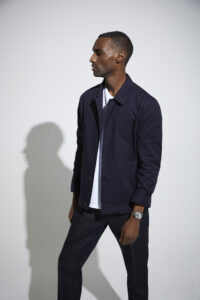 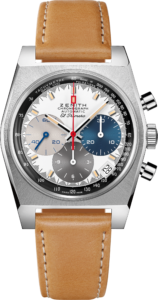 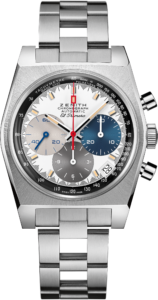