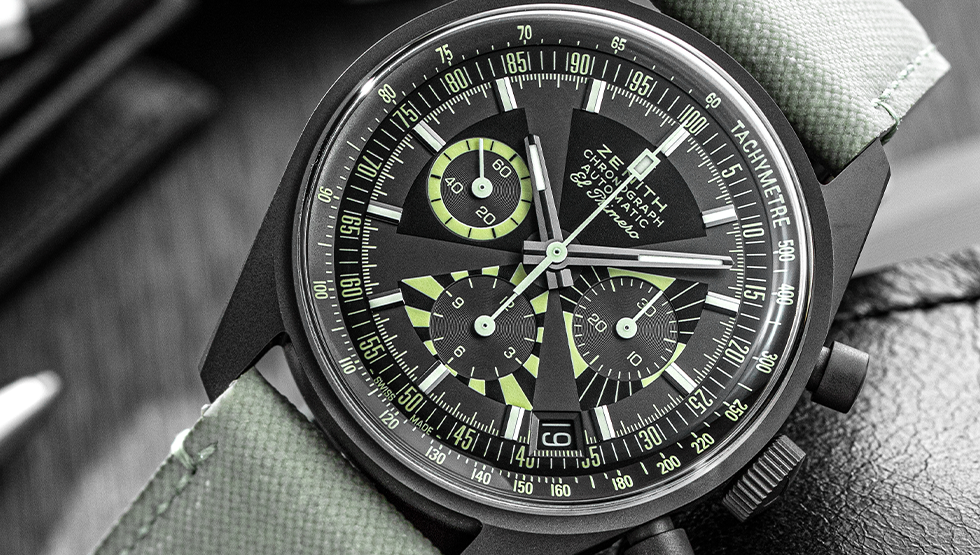 Singapore, November 15, 2021: Zenith and SJX Watches present a sleek reinterpretation of one of the brand’s most desirable vintage watches with the Chronomaster Revival “Poker Chip”, inspired by the El Primero G383. Affectionately nicknamed “Poker Chip” by collectors, the G383 is considered one of the most intriguing models in Zenith’s archives. The G383 was introduced in 1969 and is among the rarest and most sought-after iterations of the early El Primero variants.

Clearly a design with roots in the psychedelic era of the late 1960s, and reminiscent of the A386 and its tri-coloured dial, the G383 was characterised by a wildly sectored layout, making it one of the most extravagant designs of the decade. Developed in partnership with one of Zenith’s trusted dial suppliers at the time, the dial immediately stood out with its boldly alternating colours that recall a poker chip, earning it the nickname. The inimitable style of the G383 formed the genesis of this collaboration, a project that began in May 2020 when Su Jiaxian, founder of Singapore-based watch magazine SJX Watches, reached out to Zenith’s Director of Product & Heritage, Romain Marietta, with a proposal to revive the G383 with a distinctive, modern twist.

The goal for the pair was to reproduce the key elements of the G383, while injecting a sleek, contemporary flavour. That gave birth to the Poker Chip, a design that relies on shades of grey and a generous helping of Super-Luminova to recreate the G383 in daylight – and in darkness.

“I’ve long admired the El Primero for its longevity, and Zenith for its rich heritage,” explains SJX, “I wanted to do something that would combine both the movement and its history, but rather than a remake, I wanted something that might sound like a paradox: a design immediately recognisable as the G383 but unmistakably novel and different.”

The Poker Chip dial is dark grey with printed segments in matte black and Super-Luminova. More “lume” can be found on the hour markers, chronograph scales, as well as the radial patterns around each register. In a nod to Zenith’s landmark wristwatch, it uses the same 38 mm case as the El Primero A386, but executed in micro-blasted titanium, giving it a finely grained, dark-grey finish that echoes the colours of the dial. Within the titanium case – and visible through the sapphire back – is the El Primero movement, essentially the same calibre that made history in 1969. 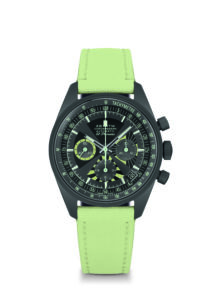 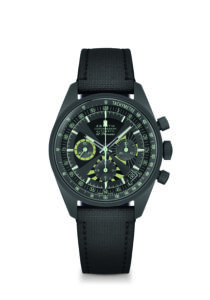 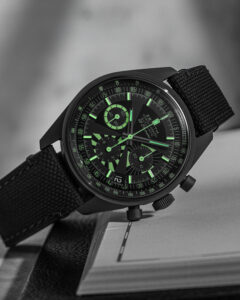 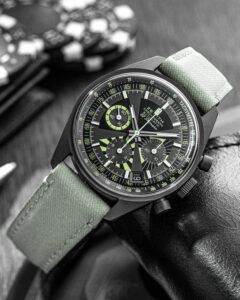 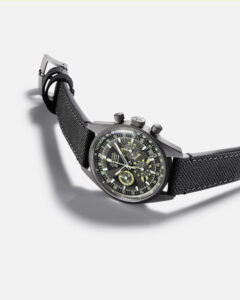 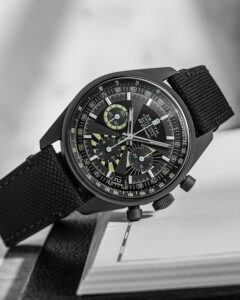