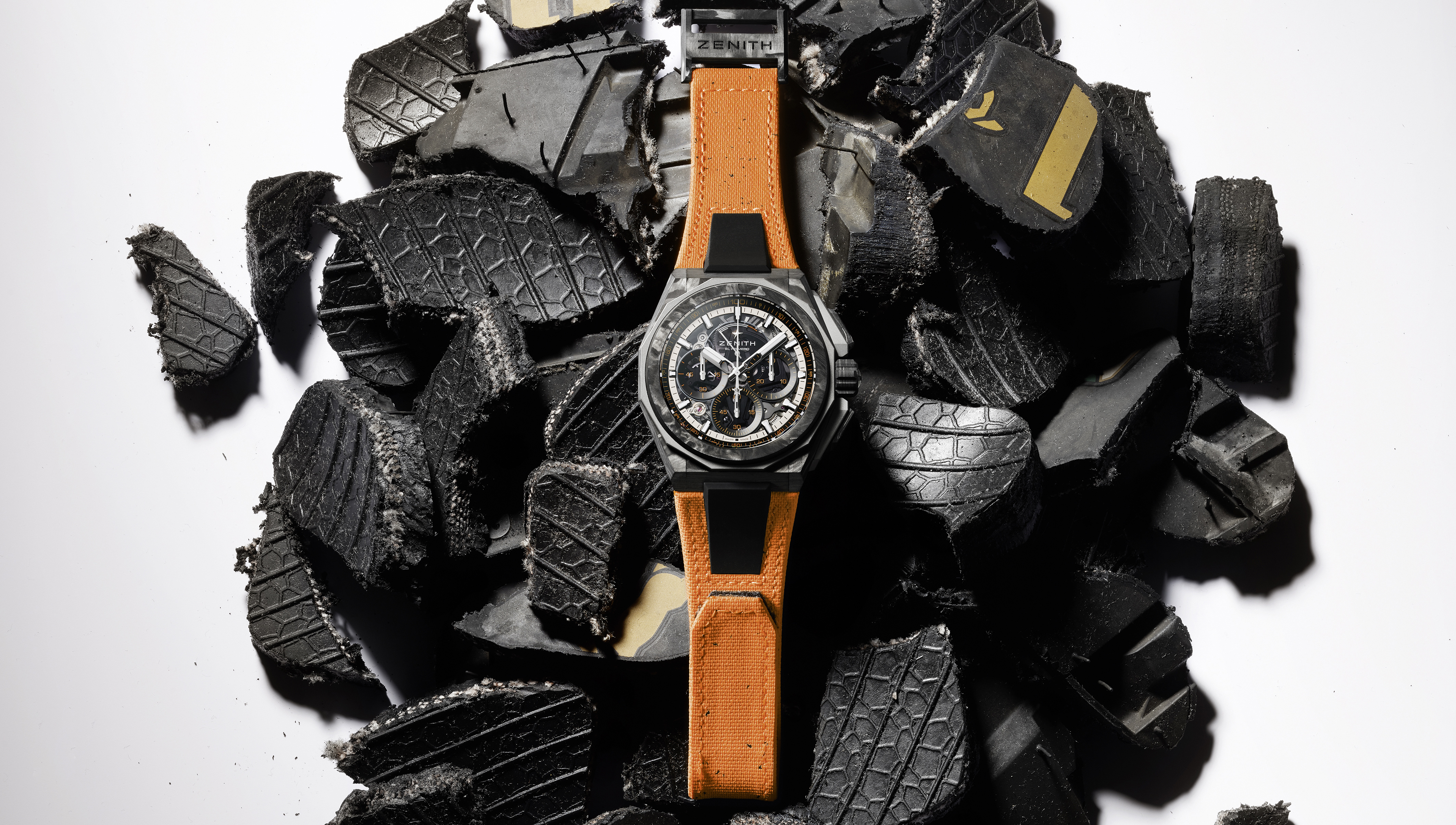 The second season of Extreme E is at full throttle. As the teams prepare for the first part of the double header Island X Prix this weekend on the Italian island of Sardinia, ZENITH is unveiling the second edition of its special series crafted for the electric rally racing championship of which it proudly continues its role as Official Timekeeper and Founding Partner. Based on the DEFY Extreme Carbon, the world’s lightest and most rugged 1/100th of a second automatic high-frequency chronograph, the DEFY Extreme E “Island X Prix” incorporates upcycled elements from the championship with the back-to-back races’ official colour in vivid orange.

Inspired by the world of motorsports and built to take on Extreme E’s adrenaline-infused off-road courses in some of the wildest and most remote locations around the world, the DEFY Extreme E “Island X Prix” edition is crafted in incredibly light yet highly robust carbon fibre, including the crown and chronograph pushers. Emphasizing the boldly angular geometry of the case, the pusher protectors as well as the twelve-sided bezel are made in microblasted titanium.

The dashboard of this futuristic race-inspired chronograph is an open multi-layered dial with tinted sapphire crystal elements, embellished with fiery orange accents – the official colour of the “Island X Prix” – evoking the scorching-hot temperatures of the Italian island during the summer season. Partially visible through the dial as well as the case back is the fastest automatic high-frequency chronograph calibre in production, offering 1/100th of a second time measurements, with two escapements independently beating at 5Hz (36’000 VpH) for the timekeeping part and 50Hz (360’000 VpH) for the chronograph function. The movement is also visible through the sapphire display back, emblazoned with the Island X Prix logo. 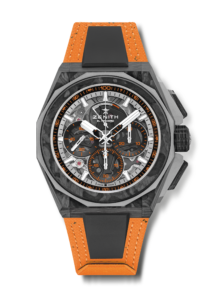 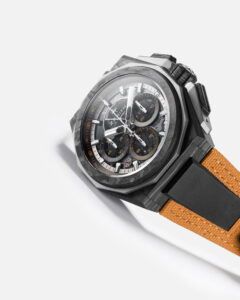 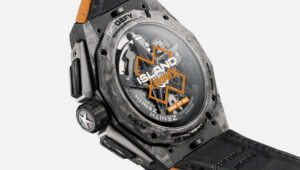 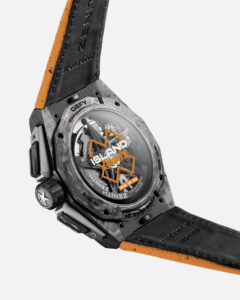 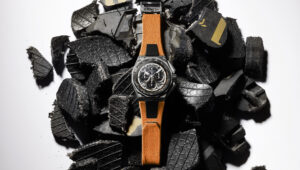 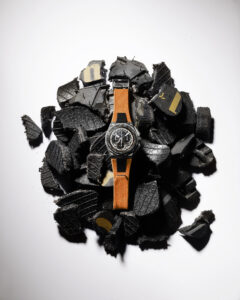