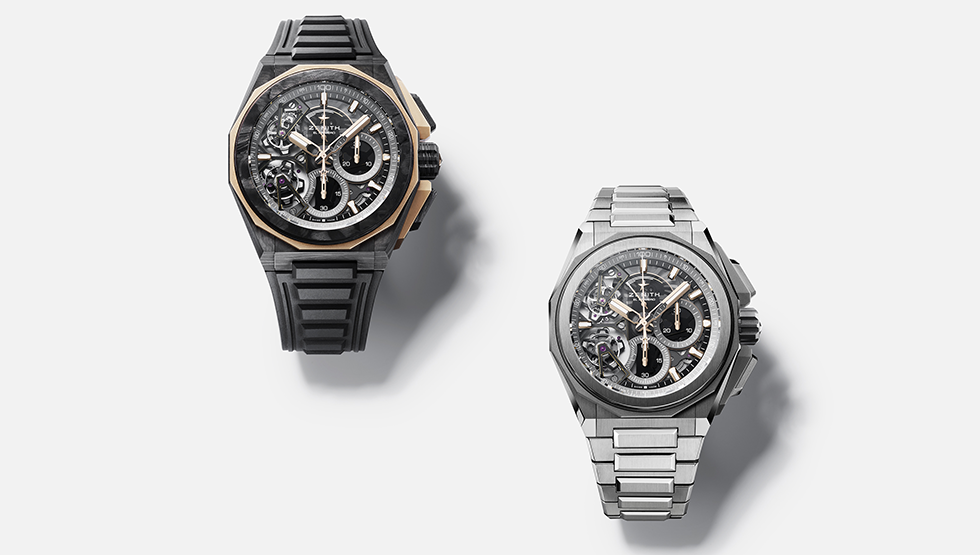 The DEFY Extreme Double Tourbillon represents the pinnacle of innovative haute horlogerie as Zenith envisions it. Not complicated for complication’s sake, but a true advancement of high-precision chronographs that builds on over 50 years of innovation and improvement of the high-frequency automatic chronograph that began with the El Primero. Constructed like no other chronograph movement, it is equipped with two independent tourbillons completing rotations in 60 seconds for the time-keeping tourbillon and 5 seconds for the chronograph’s tourbillon, making it among the fastest tourbillons ever made, as well as the only 1/100th of a second chronograph, beating at the phenomenal rate of 360’000 VpH. 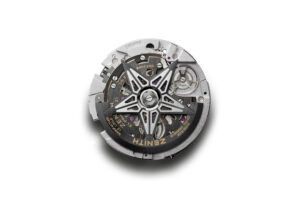 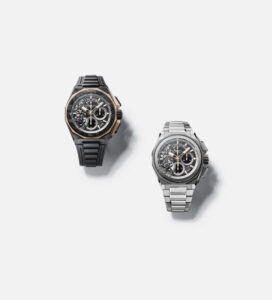 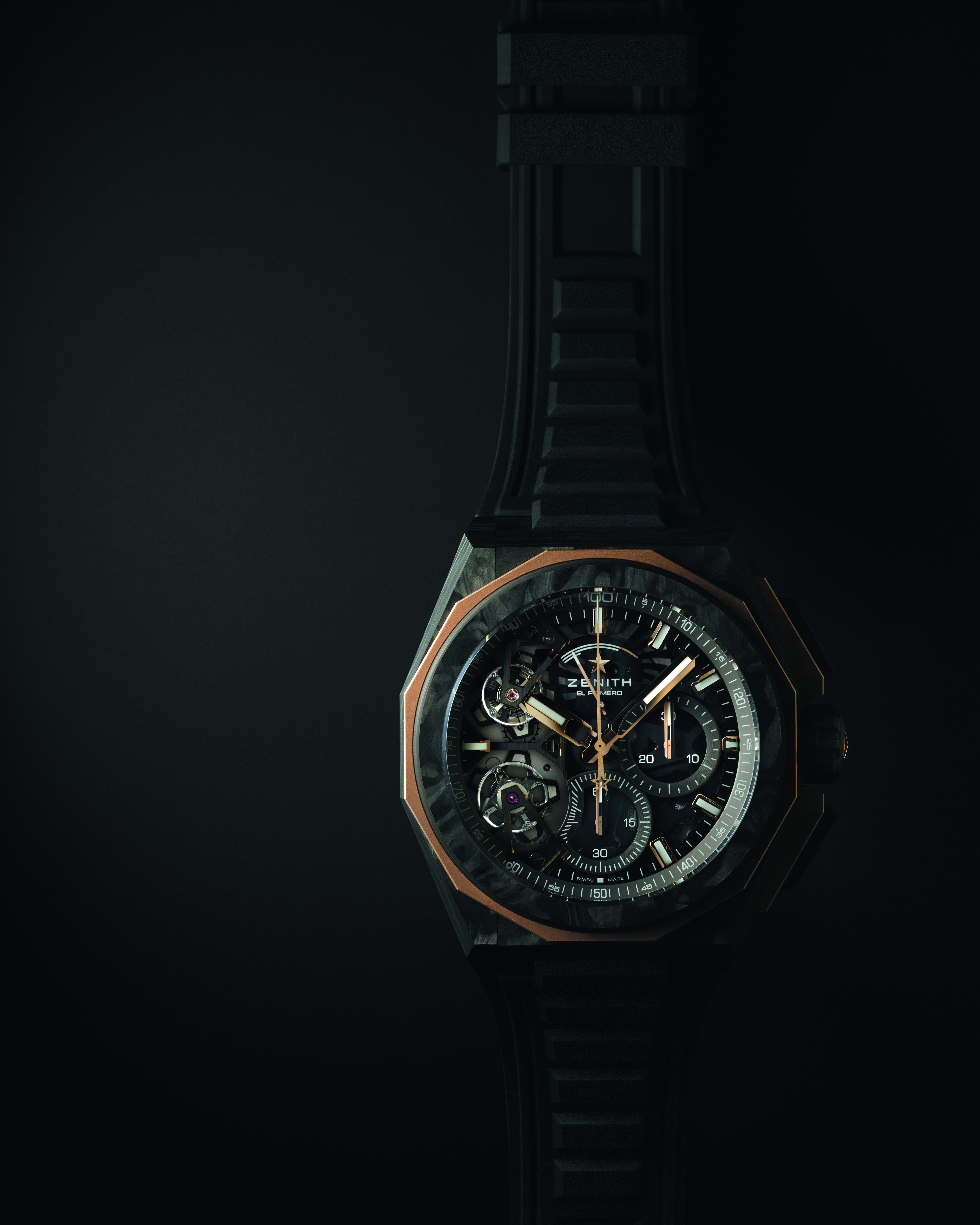 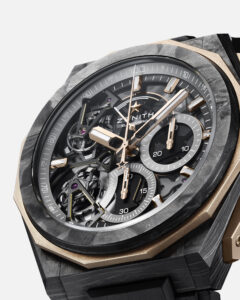 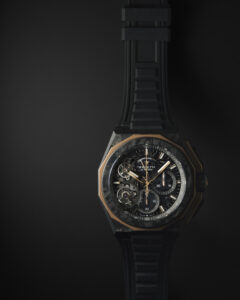 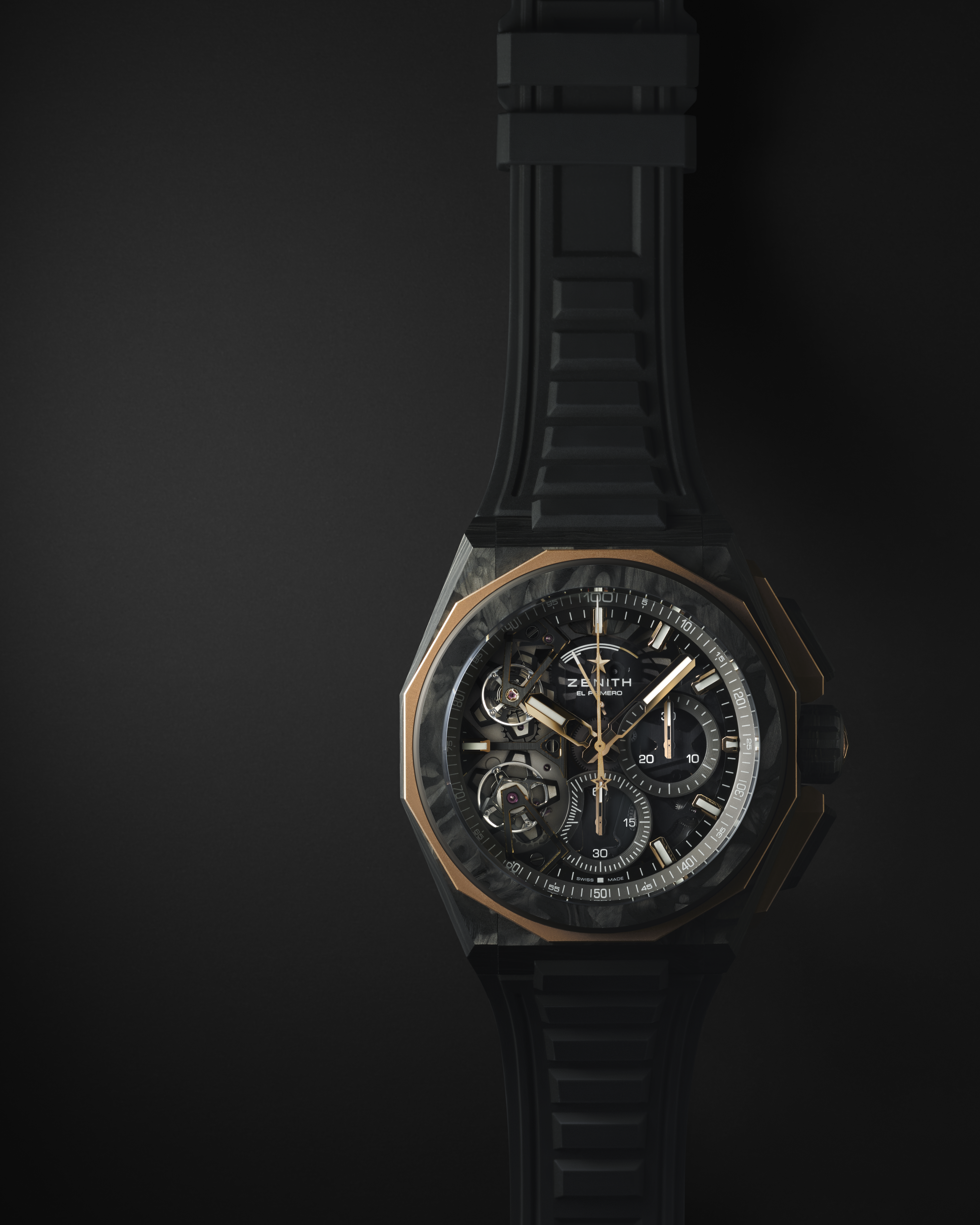 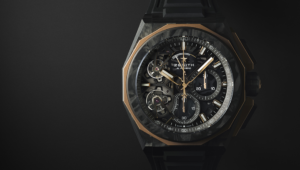